For many years, the Free Church Sunday Schools held an Annual Whit March which took place on Whit Monday.    Assembling in the Victoria Park they marched behind their Banners to services at two Churches (Rook Lane & Wesley).  After the Rook Lane Service, the children (under 7s) went to Wesley to join up with the older scholars and then all returned to their own Schools for the tradition Whit Buns.

The following photograph shows the Rook Lane Banner at the top of Bath Street, presumably on its way up to Wesley, before returning home. 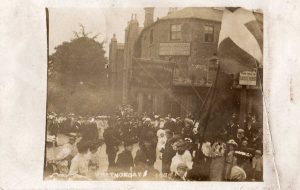 Early in this Century, (1907) Rev Joseph James A.T.S. published “A Short History of Rook Lane” to celebrate the Bi-Centenary of the erection of the Chapel Building in 1707.  This has been used as the base record for the history up to that time.

In 1962, the Tercentenary of the Church was due to be celebrated, culminating in the presentation of a pageant, written and produced by the then Sunday School Secretary, Grace M Windridge.

However, due to much illness at this time, the pageant was postponed and was eventually staged at the 170th Anniversary of the Sunday School, in 1965.

The Photograph below shows Cast Members with the then Minister Rev Gordon Trowell MA and other officers of Church and School. 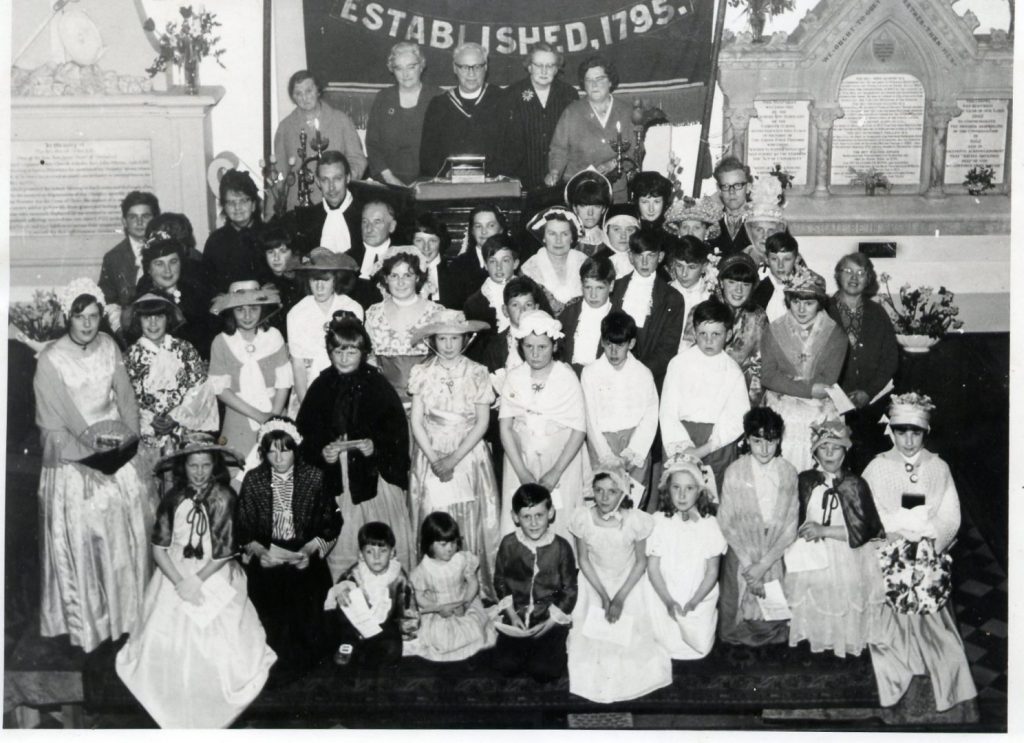 However, several of the Rook Lane congregation, led by the Sunday School Superintendent (CV White MPS), decided that in conscience they were unable to agree to the Declaration for Transfer of membership.  These few continued with the Sunday School separately, meeting each week in the old Bath Street building, while the new church met on alternate Sunday’s at Bath Street and the Whittox Lane premises.  In 1968, on the Sunday after Pentecost, (when the Free Church Sunday Schools of the town had held their annual Whit Services at Wesley and Rook Lane as usual) the Sunday School met and found the locks on the building had been changed.

The Sunday School thereafter met at the Superintendent’s home and the home of another member who lived opposite Mr and Mrs White.  At this time the Sunday School numbered approximately 60 children and young people and 8 or 9 teachers.

The next door property, 79 Weymouth Road, was later purchased by Mr White and placed at the use of Church and Sunday School.

Subsequently registered for marriages, the first Wedding took place on 10th April 1971.  Others followed until the property had to be sold and the Church and Sunday School moved out, continuing to meet regularly at The Blue House, by kind permission of the Trustees.

Below are two photographs taken in 1972 and 1977 of the whole School assembled on the back lawn of 79 Weymouth Road. 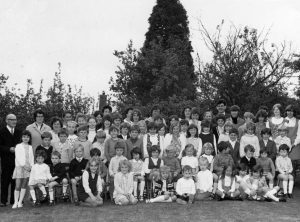 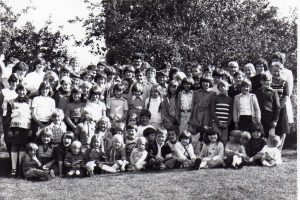